Throughout my now 46 years of leadership, learning from others and experiencing what works and what does not I have discovered many years ago (1984 to be specific) that people do better when they think things through. They learn more. They think better. They act more effectively in the future.

I have also experienced many people (leaders) express frustration that many of their direct reports come to them to make first find the problem and second solve or fix the problem. All too often, too many leaders respond by helping to identify the problem and then solve it.

During my early years as a leader, I have also noticed that many persons who are otherwise well-meaning good people, tend to have tunnel vision. In other words, they do not absorb and see everything that is going on around them.

These are very real challenges to leaders (both formal leaders and informal leaders). How does one lead, open the eyes of their team, help their team while at the same time find a path to help people to open their eyes and find the problems and then fix them? There are indeed many potential solutions and the “light bulb theory” as I call it is just one tool in the tool kit to help guide your team to greater achievement.

So please indulge me and allow me to share a story.

In 1983 while touring Eagle Crest Nursing Center in Jacksonville, Florida (one of our properties at the time) myself and the other above property leaders were making suggestions to local property leaders. I noticed that they were letting us find the problems and then solve them. They were happy to execute the solutions but clearly, they were not seeing what we were seeing. It discouraged me as we (above property leaders) could not be on-site every day. Just as I was concluding this silently in my mind, I saw not one but two light bulbs out. Normally I would have previously brought that to the attention of the Maintenance Director who was among the local leaders touring with us. After all, light is an important environmental feature to seniors whose eyesight is not as good as yours or mine. But I decided to not say a word. I did however start to count the number of light bulbs that were burned out.

When we finished the three-hour-long tour, we went back to the offices. I asked the local team what the top ten environmental conditions that seniors needed to enjoy life at the property. They did a pretty good job of listing them out. I waited patiently for them to include good lighting during the day. Yes, it finally came, they knew it. They also knew the other things that were more important such as social interaction, string music (calming) playing, smiles, laughter caused by our team’s actions, etc.

So next I asked --- how many light bulbs were burned out. They had no idea and one manager even said– none. I responded that I saw 15 light bulbs burned out. What do you think their next questions to me was? Yes, you are right–– they asked where? So, thinking about what I said in the early part of this article, what do you think my response was?

I told them to go find the fifteen burned out lights bulbs, replace them and then tell me at the end of the day how many they found and where (as I had written down the location on my note pad (yes note pad we did not have cell phones, laptops or other devices back then–– all old school–– oh how I love old school). Well, what do you think they reported to me at the end of the day?

At the end of the day, they reported that they found 32 light bulbs burned out. They gave me the list of the locations and they advised me that they were replaced. They also told me that they used this as a teaching moment for many people on the team to act earlier.

The moral to the story of The Light Bulb Theory– don’t think for your team. Instead, challenge them to do the thinking.

The light bulb theory obtains its name because of the specific use of the theory which I used for the first time in 1983 relative to actual light bulbs. However, this theory can be used for almost anything.

When your team should be the ones doing the thinking, think about using the light bulb theory instead of doing their thinking for them. Broaden the theory beyond this example and make it fun for everyone. When your team is successful as a result, celebrate it.

So, let us all think about THE LIGHT BULB THEORY and how to use it to enhance our team's performance! 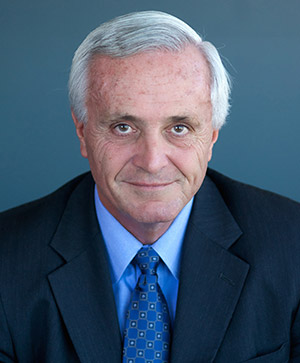